On a dying planet in desperate need of saving, rose a group of heroes dedicated to bringing more balance into the world… The EVENgers! In this episode, after finding each other, our heroes set out on another adventure to launch an evolution of hope and inspiration into action and transformation ...

The event will be streamed live at – https://www.baumhausberlin.de/en/live/ 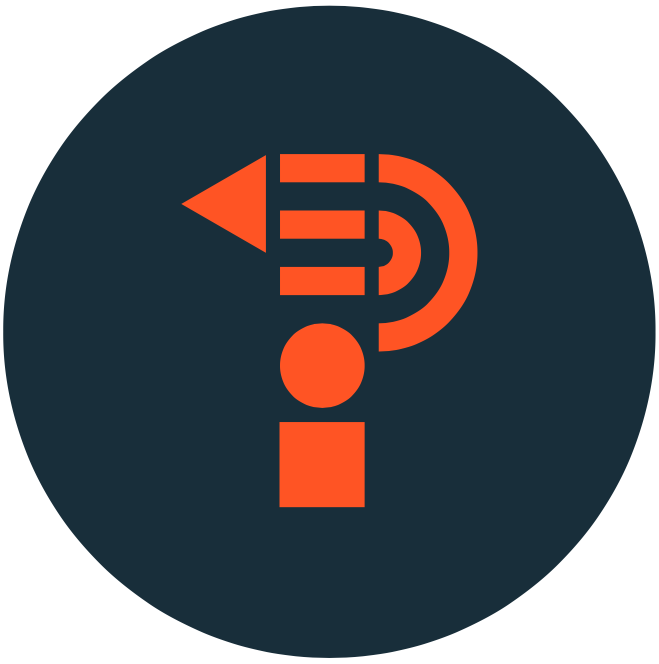 Back Story
..
An „Immaculate Contraption“ session is a live improvisational performance of musicians in a deep state of flow that can often sound like a dj spinning records of various groovy genres.  The rules are simple; no rehearsals, no automation, no ego & always groovy.  The series was born out of the Skizum Studios art scene and industrial loft spaces of the Brooklyn waterfront in the mid 1990’s and was imported to Berlin in the early 2000’s.
..
During each performance our goal is to remain 100% in the present moment in a reflective, sensitive and meditative state.  We transform some feelings/moods of these times we are living in and through into an improvisational story to inspire collective action towards creating a sustainable future.
.
..
In preparation for this performance we will release the full recordings from the last session back in 2020 called „Rise of The Evengers“ which chronicled stories of how everyday superheroes found each other in the shadows of global pandemic working to make the world a better place.
.. 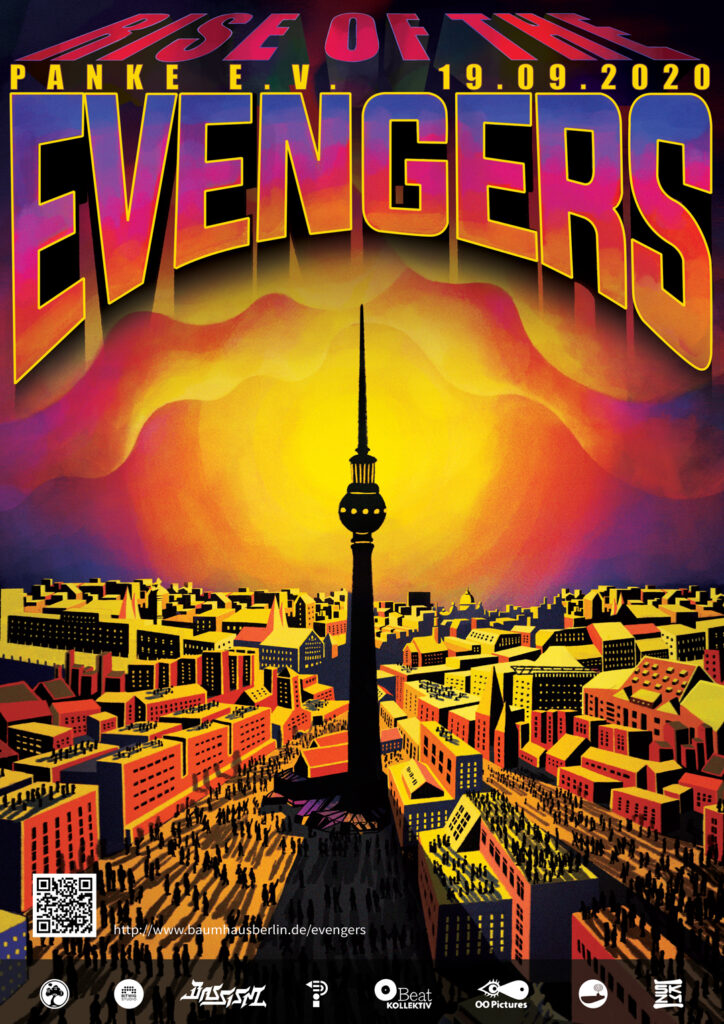 ..
Now that we have found each other, it’s time to act and launch an evolution!  Thusly, this latest 2022 session is titled, „Launching An Evolution“ and is part of Emergent Berlin, a festival of sustainable initiatives running from June 10 until 12.
..

Kelvin Lamar Sholar (keys/synth) is a Black American pianist/synthesist from Detroit, Michigan. He started as a Gospel vocalist with his parents, but later developed as a Classical and Jazz pianist – winning the Michigan Bach festival competition at sixteen years old. Sholar initially worked with local artists before gaining national and international exposure with Q-Tip, Stevie Wonder, Nigel Kennedy and Carl Craig.

Gregor Nicolai (bass) – It seems to fit perfectly!  I was really lucky growing up in a house with a rehearsal room and a family which was always down to jam.  Learning e-bass and drums in a early age, I started with a Reggae-Band in my teens.  In  high school I organized concerts and learned how to handle a mixer.  Since then I’m working as a sound engineer and a dj.  After school I went to a music school in Neukölln and prepared myself for the Jazz-studies.  Since 2017 I’m studying Jazz-E-Bass in Leipzig.  In 2020 we build a 9-piece Band called „Oluma“ which is combining Afrobeat, Funk, Brazilian and Jazz music.  I’m also playing in a Band called „Milonaut“, „Lacey Flea“ and „Kardamom Kollektiv“.

Aistė Motiejūnaitė is a Lithuanian singer-songwriter and actress.

She is the lead vocalist and a primary songwriter of the band “Abrokenleg” (genres: indie/pop/rock/electronica) and a singer at improvisational jazz orchestra “Nojo Airlines”(USA/LT)

Mathieu Pe – aka. Matjö is a Musician, Producer and Vlogger Based in Berlin.

While often referred to as a Trumpet Player, Mathieu Pé is also playing Guitar, Bass, Keyboards and electronics.

At home in adventurous cross-over electro Bass Music Projects like Braintheft, Jazzsteppa or [trap.], his particular set of skills made him a go-to Studio and live Musician in the European Reggae Scene allowing him to work with artists like Gentleman, Kaizers Orchestra, Jahcoustix, Nosliw, Bitty McLean…just to name a few.

As a producer, Mathieu is as versatile as he is as a musician, taking advantage of his wide instrumental palette to reach any style from Ambient to Hip-Hop through Techno, Funk, Reggae, Dub, Trap, Dubstep Electro-Jazz… Since 2017 he is hosting a Music Production Vlog offering Bitwig Studio tutorials both in English and French.

Genys is a Lithuanian born dj, producer and sound designer with Bitwig in Berlin.  On this mission Genys will serve as the dubmaster supreme for the evening applying live spacial efx to various members of the band.  If you hear some nasty sub bass in any tracks then there is a good chance its coming form here…

Hakim Azmi (electro drum kit) – Is our mysterious multi-instrumental superhero as there are no know photos of him in existence… but the resonance from his playing lingers on to this moment.  On his first 2 Immaculate Contraption missions he played keys masterfully.  As it turns out, he actually considers himself a drummer! 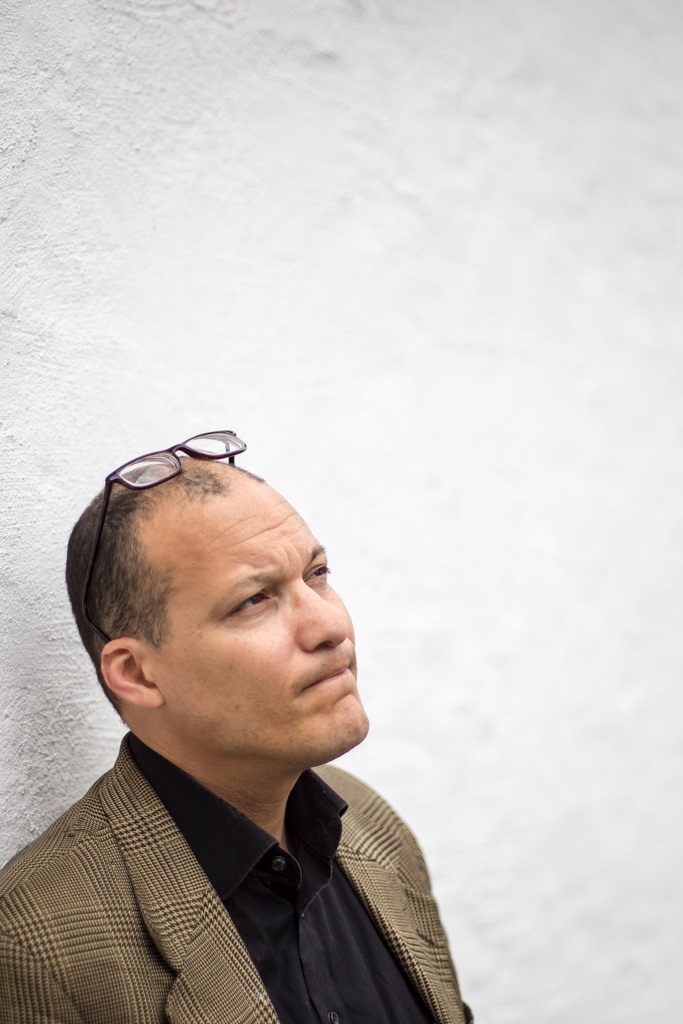 Scottie b started the Immaculate Contraption series back in the mid 1990’s as a dj and dubmaster.  After relocating to Berlin he evolved into an improvisational vocalist with various bands, djs and music projects.

Dj Soulix (Disko International)
is a founding member of Berlin based “Beat Kollektiv”.  In 2006 he became a DJ and vinyl collector. His passion for music and records led to a chase for the one, special tune rooted in worldwide soul music.  In his sets, he is merging many different genres always with an eye for the mood and the dancefloor.  Genres:
Soul, Funk, Jazz, Afro, Brazil, Deep-Disco, Hip Hop, everything with a soulful sound!
https://www.instagram.com/felix_soulix/ 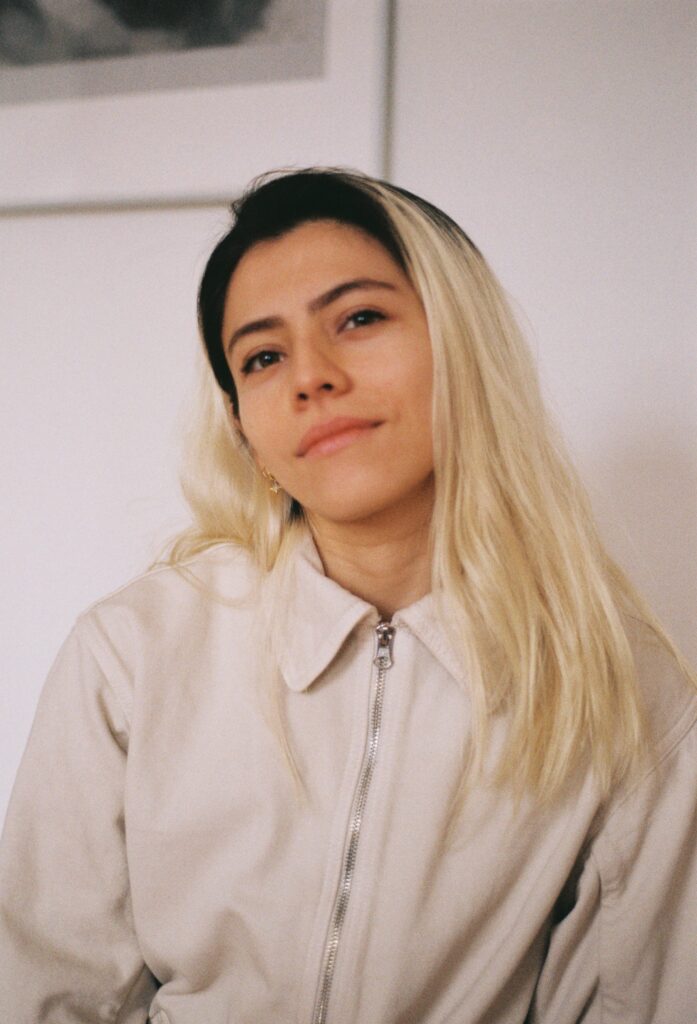 Ronja is a Berlin based DJ and dance artist.  She hosts a regular show on THF Radio, with music ranging from fun club and dance tunes to calming sounds.

Genys is a DJ, producer and Sound designer with Bitwig.  His styles span an almost infinite range of classic and contemporary genres, always artfully mixed…  When Genys is on the decks you can expect magic to happen… 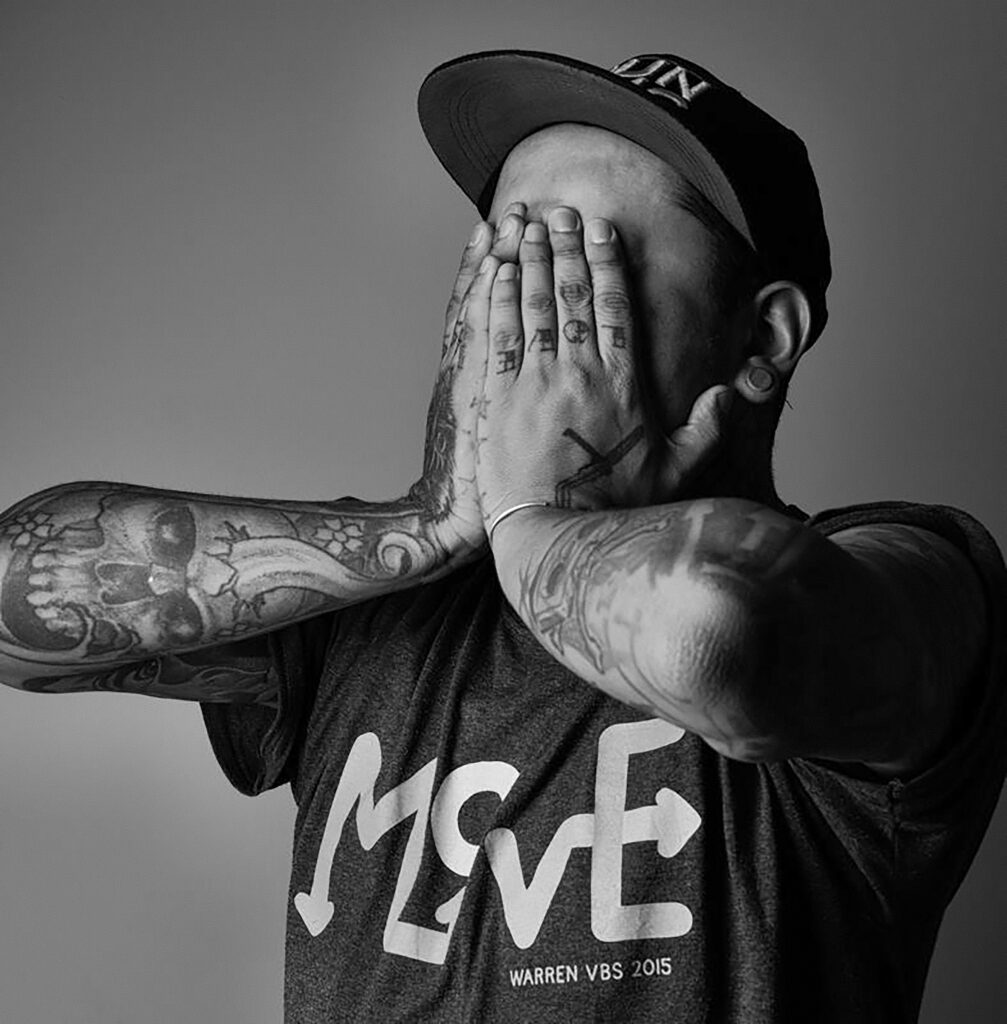 With almost 22 years of experience in the scene, the Bolivian DJ / Producer DJ Quien fuses the musical with the technical – keeping his spectators in a state of awe. Expect nothing but great selections, with the occasional explosion of his turntable tricks and deeply rooted knowledge in genres like bass, hip-hop, cumbia, and house. https://linktr.ee/djquien 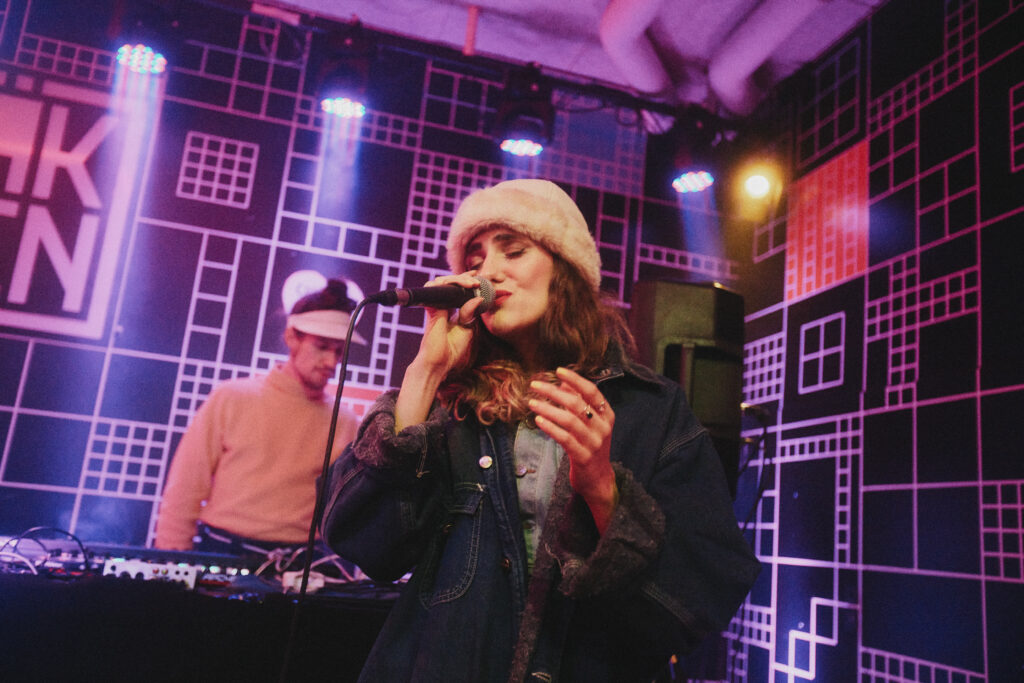 Maura is a berlin based MC, singer and songwriter who is known for her blend of Jazz, Hip Hop and NuSoul. In 2015 she released her first EP, later on she teamed up with some of Berlin’s finest jazz musicians who share her passion for Hip-Hop and Jazz. Maura warmed up for Hip Hop icon „Illa J“ and shared stages with the US stars „Sa Roc“ and „Dynasty“. According to Mona Lina, A&R for [PIAS] and music journalist „Maura can be considered one of the most exciting underdogs of the German music scene“.

Since 2020 Maura works with the producer Fred Red, the duo shared a vision for a fresh new sound in Hip Hop and RnB. They released their 15 Track LP „Grimus“ on the label Sichtexot together with multi
intrumentalist Malik Diao and Or Rozenfeld. 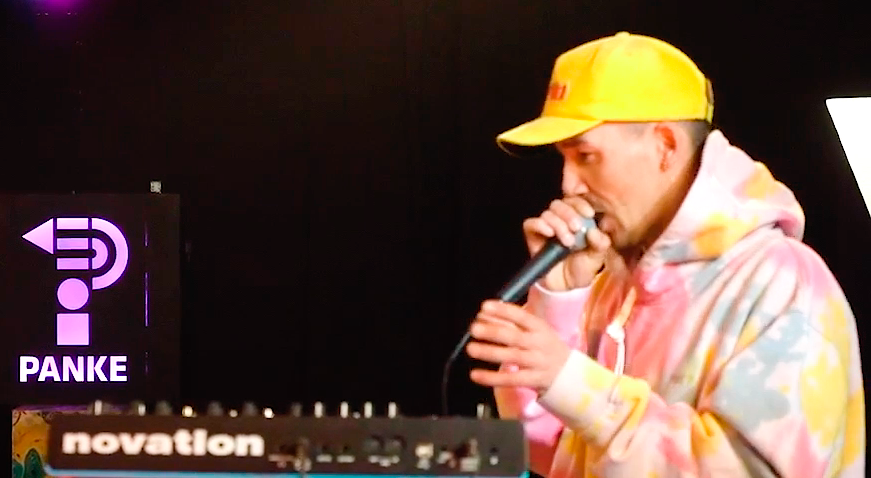 MC Do is a Berlin based artist and regularly produces great shows at Panke with several different collectives.  The master of style and smooth, expect to be joyfully engaged when Tobi picks up the mic! 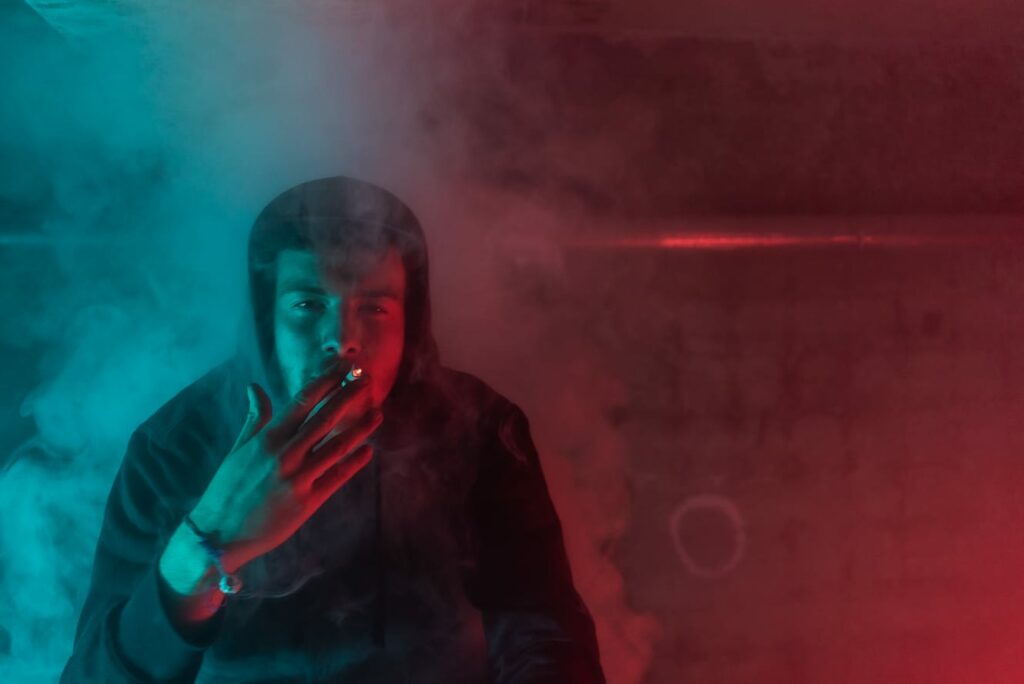 Intare is a berlin based mc who can and does do it all.  Freestyle lyrics are one of his specialties…

barrier free acess from side walk with our mobile ramp, wheelchair-suitable bathroom with handlebars, opening hours only during public events and by appointment